The  Seldovia Arts Council will be presenting

a full season this summer and on into the Fall.

Our Summer Season will begin with Hot Club of Nunaka, a dynamite gypsy jazz  group from Anchorage. This group will be returning for a whole show/dance after having debuted in Seldovia at the Seldovia Summer Solstice Music Festival three years ago. Gypsy jazz has been described as follows:

Gypsy jazz (also known as “Gypsy Swing“) is an idiom often said to have been started by guitarist Jean “Django” Reinhardt in the 1930s.[1] Because its origins are largely in France it is often called by the French name, “Jazz manouche,” or alternatively, “manouche jazz,” even in English language sources.[2] Django was foremost among a group of Gypsy guitarists working in and around Paris in the 1930s through the 1950s, a group which also included the brothers Baro,Sarane, and Matelo Ferret and Reinhardt’s brother Joseph “Nin-Nin” Reinhardt.[3]

Many of the musicians in this style worked in Paris in various popular Musette ensembles. The Musette style waltz remains an important component in the Gypsy jazz repertoire. Reinhardt was noted for combining a dark, chromatic Gypsy flavor with the swing articulation of the period. This combination is critical to this style of jazz. In addition to this his approach continues to form the basis for contemporary Gypsy jazz guitar. Reinhardt’s most famous group, the Quintette du Hot Club de France, also brought fame to jazz violinist Stéphane Grappelli.

However, it is described Hot Club of Nunaka , articulates gypsy jazz beautifully.  You can enjoy this group cabaret/style at the  Susan B. English School Commons at 8 PM on May 29.

Next up is the famous 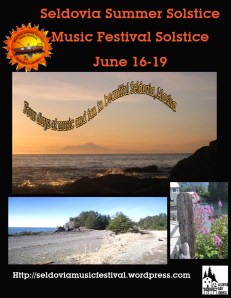 Now in its 12th year,  the festival is an eclectic mix of music, dance and workshops that will stimulate and sooth and tickle a variety of musical tastes. This year’s headlining acts include:

Moira Smiley and VOCO,  a trio of singers who  push the edge of a cappela music redefining harmony singing with the power and physicality of folksong, the avant-garde fearlessness of Bela Barok and vaudevillian combo of cello, accordion and banjo. Named #1 a cappella group in the U.S. in 2007, Moira Smiley and VOCO crate lush arrangements of sweet spell-binding American and European song and light up the stage with rompin ‘stompin body percussion and warm wit.

Jaime Michaels is an award winning singer songwriter from Santa Fe, New Mexico, who is bound to win your heart as well. Jaime has a long career of writing songs, playing in rock and roll bands, and touring the world with his body of songs.  As Mark S.Tucker remarks in his FAME review of Jaime’s newest album, The Man With The Time Machine, “Michaels watches the side currents of life, not the hurtlingly frantic noise and images…far more the missed opportunities, the mistakes, the wrinkles in the heart. We may be living through the 21st century, but work like his takes us back to a Mayberry that’s a lot scruffier around the edges, an indeterminate era when our fantasies about such things danced a little differently. .””

The event will cover four days of free and paid events starting with free events on Thursday June 16 with a jam on the Alaska State Ferry, Tustemena and then  after dinner on to an Open Mic’ which will feature  those performers who are not included on the schedule but who would like to have a set.

July 9 will feature a concert by a trio of loving  music by  Alaskan Composer/ Singer-Songwriters Shawn Zuke, Melissa Mitchell and Michelle McCaffee:

Women of One Soul

This group is part of a cooperative of artists, poets and musicians that have a mission to bring music and art to confined places, communities and situations all over .  This concert will start at 8 PM and venue TBA.

August 20 will feature the piano styling of Jason Farnham. Jason Farnham of Los Angeles, CA is truly THE “International Entertainer of Contemporary Piano Music”. From the baby grand at Deepak Chopra’s retreat in San Diego to the Cultural Center for the Arts in Canton, Ohio, Jason’s spectacular show “An Evening of Contemporary Piano” delights audiences around the U.S., again and again. Whether it’s his ability to connect with the audience on a personal level, the way he creates a variety of emotions through his soul-soothing compositions, Jason’s true gift of captivating the audience and taking them along on his picturesque musical journey is unmatched by any other.  The concert starts at 8PM  and venue TBA . 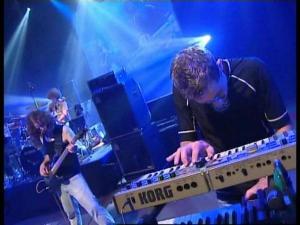 Labor Day weekend, September 3  heralds  the return of the annual Guitar Master’s Concerts featuring the instructors from the Acoustic Alaska Guitar Camp. This year’s featured are,

Chris Proctor is held as one of  the world’s most innovative finger-stylists and Steve Kauman is one the world’s finest mandolin flat-pickers. Naked Blue is a harmonious husband and wife duo of sweet singer songwriters. The three will perform sets and interchanges that can be found nowhere else.  We are extremely lucky to have this opportunity to present these fine performers at 8 PM at the Susan B. English School Commons. 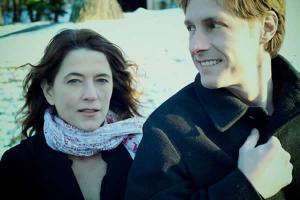 Late October, the Seldovia Arts Council will present touring cellists Sweet Plantain. Hailing from New York City the group will grace the stage  October 30 with an original blend of beats from Latin to Classical. Sweet Plantain is a string quartet that specializes in genre-blurring, original compositions and arrangements as well as contemporary works by Latin American composers. Its unique style fuses Latin, classical, jazz, and improvisational forms. They will also present an outreach activity to the students at Susan B. English School.

The venue for the events is normally the Susan B. English School Commons

For information on these event s please call