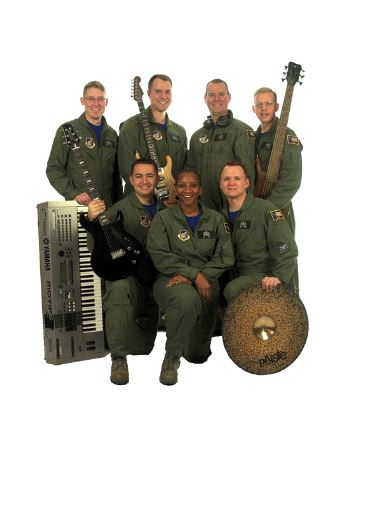 Top Cover is the popular music ensemble of The Band of the Pacific. This high-energy group performs the full spectrum of popular music including classic rock ‘n roll, country, jazz fusion, and today’s top 40 hits. Formed in 1990, Top Cover has entertained audiences throughout Alaska, Hawaii, Malaysia, Indonesia, the Yukon and British Columbia.

Their exciting school presentation, “Say No To Drugs,” drives home this important message to our youth through music. Whether it’s enhancing Air Force recruiting, fostering community relations, or bringing a “touch of home” to service members at remote sites throughout the world, Top Cover moves audiences with the driving beat of the best popular music of today and yesterday.

The sun was shining for the performance  which was held  the deck of  the Alaska Tribal Cash building at 5:00 PM.  It was  a  free concert.There was a get-together at Mike Webber’s at 9 pm (after the Science Lecture) to meet the artists.

A note and pictures  from Laurel Hilts, who chaired this event!

I had the privilege of hosting the band “Top Cover” for the Seldovia Arts Council. We were blessed with a beautiful day and it was a fantastic concert!Sadie did a dynamite job setting up the sound.Katie O’Leary and Mary Montgomery were wonderful hands in the kitchen, prepping for our big chili feed.Calem Collier and Seth O’Leary helped a bunch by carrying chairs out on to the deck.The Carluccio’s and the Stranik’s donated the rooms for our guests.Felisha Rowland, Melanie Hoard, Katie O’Leary, Sunni Hilts, Tania Spurkland and Shirley Hughes prepared the delicious food for everyone.The Seldovia Village Tribe donated the deck and all the hot dogs, plus labor for the event.And the Air Force Band of the Pacific provided the wonderful entertainment! Find them on Facebook:https://www.facebook.com/USAFBandofthePacific

A special thanks to those who stuck around to help clean up!

Thanks to all who made this celebration really special. Fritz would have smiled!!

Firday, July 27th the Seldovia Arts Council hosted a  Memorial Concert for Fritz Graese. Jackie and family were in town for it. Held on Dean Lent’s lawn, it was a perfect way to bring the community together to remember friendships.  Sue Biggs and Jack Wills  played a variety of music from classical pieces to show tunes. After the concert there was  a potluck fish fry at the tents by the harbor. Tobben Spurkland was the event co-ordinator. Thanks Tobben.

A jam session held after the Concert at Fenski’s  Coffee and Books was a sweet way to end the memorial. Thanks everyone.  Photos by Rebecca Lambourn

Jack Wills, Sue Biggs and a Company of Friends. 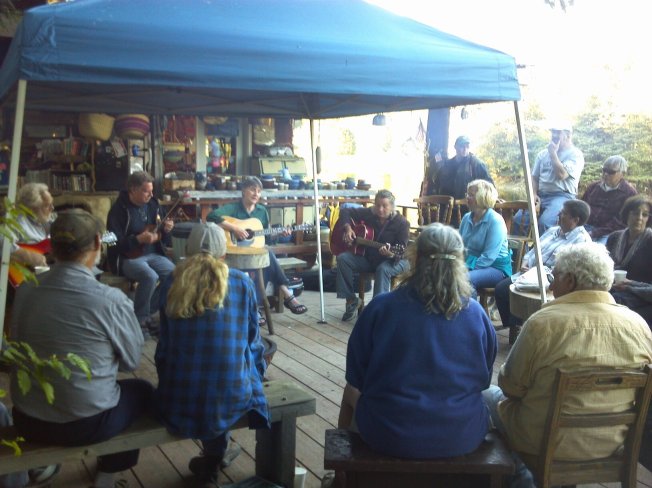 A bright, vivacious celebration of life through song… New World Flamenco is a guitar masterwork, the essence of what a collaboration should be, when two parts come to be greater than the whole.,, making what was credible alone, remarkable together. A truly wonderful listen from start to finish!” Jazz Review

Guitarist / harp-guitarist MURIEL ANDERSON is the first woman to have won the Natio­nal Fingerstyle Guitar Championship.  An engaging performer, her obvious joy of music and facility across musical genres is revered by guitarists and audiences worldwide.  She is host of the renowned ­Muriel Anderson’s All Star Guitar Night­® and is founder of the Music for Life Alliance charity. Her “Heartstrings” recording accompanied the astronauts on the space shuttle Discovery.

Celebrating her depth as a guitarist, composer, and vocalist, Muriel Anderson has released 15 CDs, nine videos/DVDs published by Truefire, Mel Bay and Homespun, and guitar books published by Hal Leonard, Mel Bay, and Zen-On Japan. Her compositions include commissioned classical works for the Nashville Chamber Orchestra and Vox Caelestis Women’s Choir, as well as songs which have appeared as title tracks for three albums by various artists. Muriel Anderson is a member of the advisory board for Mel Bay Publications.

Muriel Anderson was a headlining act for Seldovia Summer Solstice Music Festival in 2002 and is looking forward to renewing old friendships and making new ones here in Seldovia.

Tierra Negra (Leo Henrichs and Raughi Ebert) is Germany’s leading guitar duo. They honed their highly-recognizable Rumba-Flamenco music in Camargue, a gypsy area in the south of France, creating a style with surprising depth, passion, and cultural uniqueness.  They have toured extensively and their music has been featured on countless international compilations and films.  Their new music together with Muriel Anderson’s Americana-Bluegrass influence has been coined “New World Flamenco.”

Muriel Anderson and Tierra Negra will have a public performance beginning at 7:30 in the school commons.  They will also be holding a guitar workshop for those interested in learning from master guitarists.

This performance is partly sponsored by a grant from WESTAF TourWest  and a grant from Alaska State Council on the Arts.

What a wonderful event!!!! The show was delightful and the workshop inspiring!!! Thanks to all the volunteers who made this event go so smoothly.. Rebecca Lambourne coordinator:  Tobben and Tania Spurkland, Susan Mumma for housing and the Seldovia Arts Council Board,  members and volunteers who make it happen.. setting up the stage,   Sadi Synn on sound, potluck dinner contributions  and the hands that helped  with everything…    Local performance  photos  by Rebecca Lambourne and Darlene Crawford

Leo Henrichs, Muriel Anderson and Raughi Ebert. Thank you !  Special Thanks  to Susan B. English School for providing performance space. 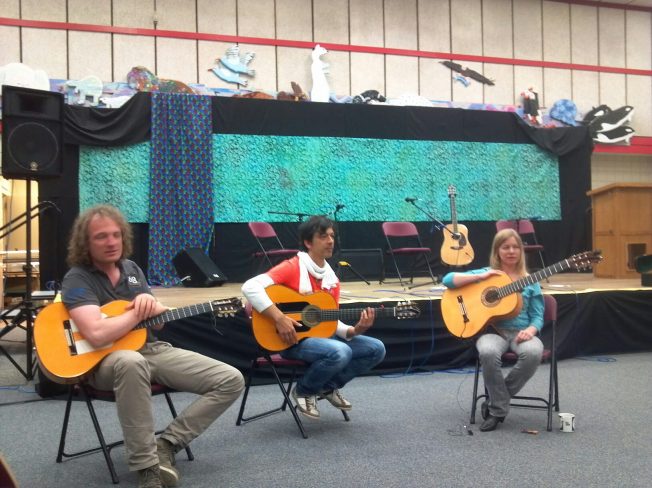 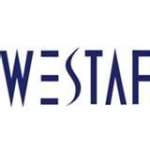 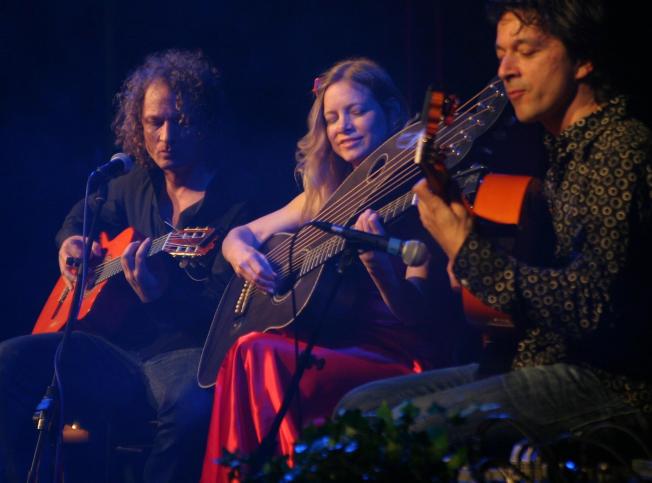